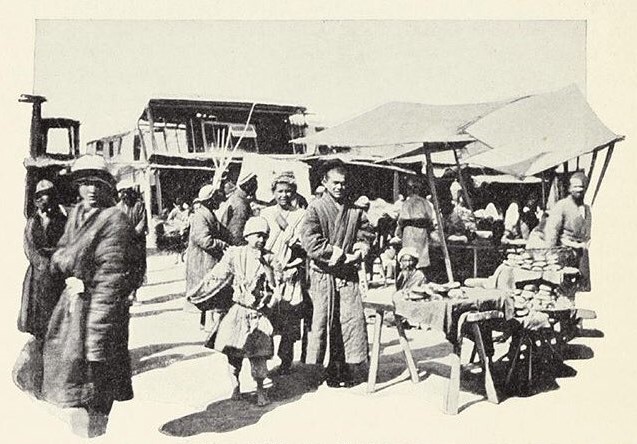 When registering marriage certificates, civil registrars often indicated the place of origin of the bride and groom. Until the First World War, migration of the population was not very common. That is why, the majority of newlyweds came either from the parish where the marriage register was from or from neighbouring parishes. Occasionally, there were people from further away. People coming from the deep ends of the Tsarist Russia were even less frequent. The population movements, however, took place in both directions. Inhabitants from areas of our interest were found in the Far East – moving there either voluntarily or being taken away by force.

The gallery of wedding certificates of people found in the parish in Turkestan (the area of today's Kazakhstan) is shown below. Here is the list of them:

and the death certificate

It is not a complete list and it is certainly worthwhile to search in detail the metric resources of the Roman Catholic Church in Russia available in  Sankt-Petersburg archives. People from the entire area of the former Republic of Poland can be found there, but we are particularly interested in people from "our" region.

This incredible discovery was made by Magda Wróbel. Thank you for sending us the materials!