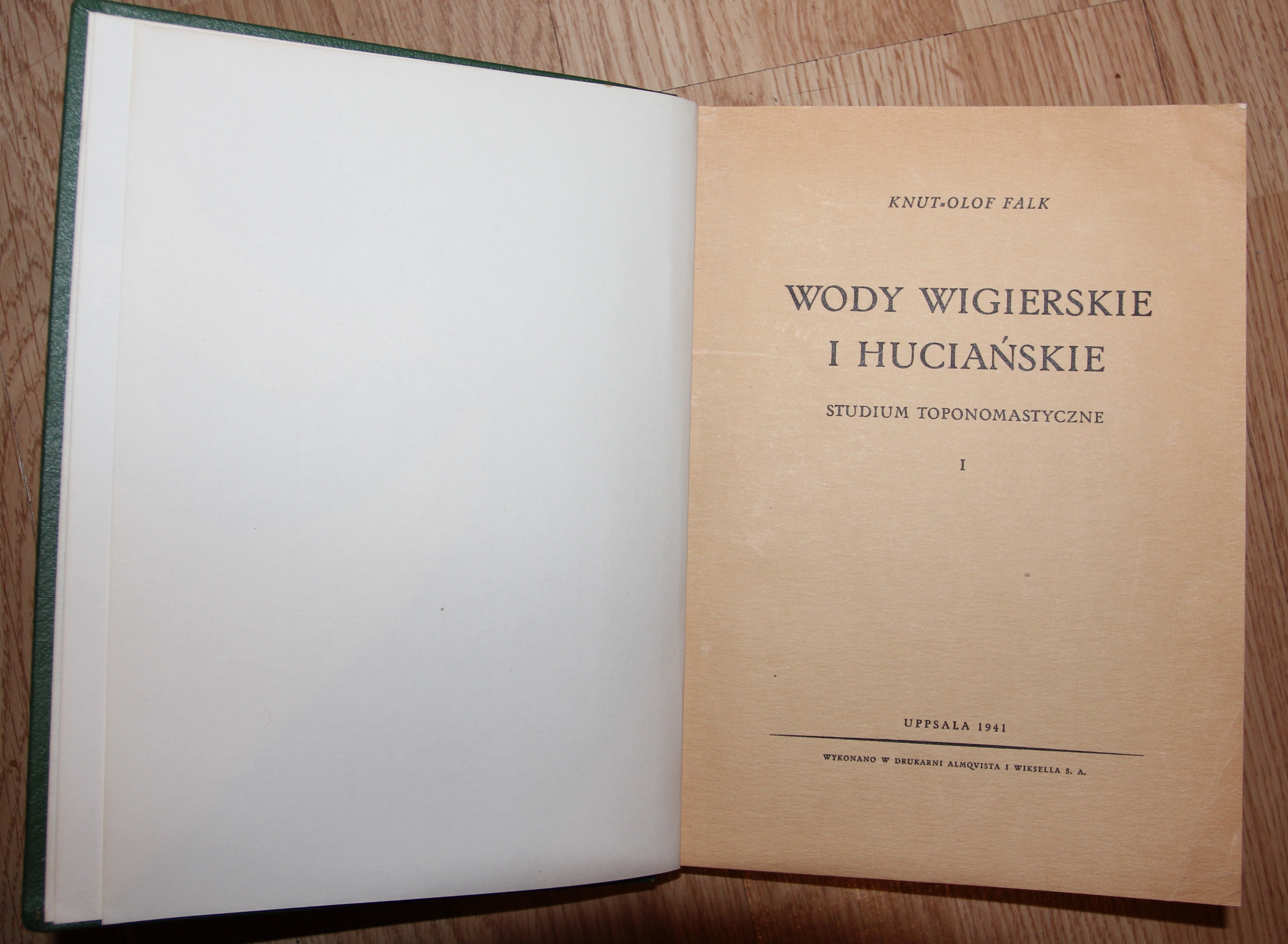 Probably many of you have heard about the great friend of Poland from Sweden, Knutt-Olof Falk? He was born in 1906 in Hammars Glasbruk in the province of Narke in Sweden. Already as a student of the University of Uppsala, he became interested in Slavic and Baltic languages. In 1931 he started studying Polish in Warsaw. In 1933-34 he was a teacher of the Swedish language at the Jagiellonian University in Krakow. He then attended the classes of outstanding Polish linguists, including Kazimierz Nitsch and Tadeusz Lehr-Spławiński. In the following years he began field studies in the Suwalki region. He specialized in toponomastics, i.e. the science of place names. He stayed in our areas in the spring and summer of 1934, and in the summer of 1936 and 1937. He enriched his field research with research in archives and libraries, looking for materials about the Suwałki Region and making photocopies of them. It is thanks to him that in the form of very good quality photocopies, priceless documents have survived, the originals of which were destroyed during World War II, together with others from the Krasiński Library. In 1938, the Polish-Swedish Scientific Society was established at the University of Stockholm. It published the newsletter 'Svio-Polonica'. It was in this letter that K. O. Falk published an article in Polish in 1939, an elaboration of the oldest Lake District Register. At the University of Uppsala, Falk collaborated and made friends with Zbigniew Folewski, a Polish linguist and Polish language teacher.

In 1941 he became a doctor at the University of Uppsala, his two-volume doctoral thesis was entitled: "Wigry and Huta waters. Toponomastic study” and contained unique photographs of source materials from the Krasiński Library, which were destroyed during World War II. The work published in Polish was met with fierce protest of Nazi Germany, which was associated with the issuing of a diplomatic note to the Swedish government. However, they didn't do anything. After the war, probably all Polish regionalists interested in the history of the Suwałki and Augustów regions benefited from this work. Unfortunately, there are only a few copies of this book in Poland. In this one copy is owned by our association.