Indexed resources
Access via Geneo search engine: Access via direct link:
Register books
From the Geographical Dictionary of the Kingdom of Poland

The name Jaminy (Jamyny) comes from a group of Baltic languages, which also included Prussian. According to historical sources, it has been known since at least 1494 and is derived from the words joti-minti, which can mean to go and think, remember.

The beginnings of the settlement are inevitably connected with the areas of the forest, which once stretched out in this area and its inhabitants, which were beekeepers, watchmen, cornermen and tarmen.

Jaminy Forest was part of larger forest areas called the Perstuń Forest and the Nowy Dwór Forest. The colonization of the forest was initiated by the Chreptowicz family. It was then that the first settlements and, around 1589, the church in Krasnybór were established.

For centuries it was a sparsely populated, wetland region, surrounded by swamps, rivers and overgrown with forests. It wasn't until the 18th century that its colonization took on a larger scale. In the grubbed up forest backlands, such settlements as Jaziewo, Czarny Las, Kunicha etc. were created at that time.

The ownership of the areas of the Forest belonged to the Grand Duchy of Lithuania, and then to the Polish King. These so-called kings ownerships were leased.

In 1661, a part of the Nowy Dwór Forest, and therefore Jaminy, was rented by Konstancja Butlerowa nee Wodyńska, widow of Gotfryd Butler, royal commander. It can also be a valuable hint showing where the population in these areas was coming from, because the Butler family had estates, among others, in the southern areas of today's Podlasie voivodeship in the Sokółka region.

Konstancja Butlerowa conducted quite intensive exploitation of the forest areas, at the same time establishing new settlements and settling ore, who smelted iron ore from turf found in peat bogs and wetlands ubiquitous here, giving them areas to obtain bog ore. The intensity of this type of activity is indicated by many towns in the region with the word in their name; Huta, Huciska, Ruda, Rudawka, Rudka, Rudno, Rudniki. In this way, a settlement called Ruda Jaminy was also located on the river Jamina. Perhaps even today many farmers in their fields under the surface layer of the earth will encounter a substance of brown-red color and maybe even find rendered slag pieces, reminiscent of porous stone. This is a vivid sign that once in this region bog iron ore was fired using smoke stoves.

Charcoal was needed to produce ore, which was supplied by the surrounding forests. The end product was iron, which every blacksmith was able to forge into the necessary tools. 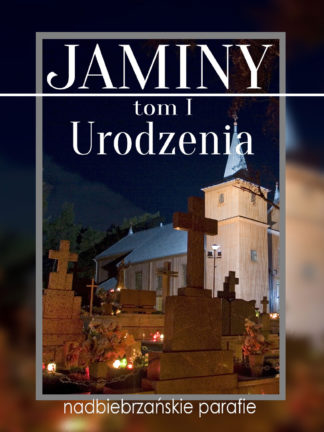 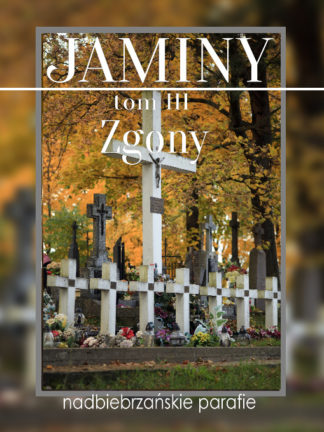 Ruda Jamińska, commissioned by Butlerowa, who managed these areas until around 1682, was led by Stanisław Reszke. At the beginning of the 18th century, this area declined and a peasant farm of Jan Łaźnia was established, embedded in half a plot of land. Kazimierz Krzysztof Siennicki became a new leaseholder, who reorganized the property of the Jaminy Forest, expanded old settlements and founded new villages, including Jaminy. A mill and manor house of the Siennicki of the Bończa coat of arms family were built here. Siennicki was a supporter of Stanisław Leszczyński and the Swedes in the fight for the Polish throne against Stanisław August II Mocny, who was supported by Russia and Saxony. After the outbreak of the Third Northern War between Sweden, Denmark, Saxony and Russia, the majority of fighting took place on the territory of the Polish-Lithuanian Commonwealth. At that time, Siennicki was taken prisoner of Russia and was deported to Siberia, where he died on a journey in 1711 somewhere between Yakutsk and Tobolsk.

The next leaseholder was Jerzy Kacper Dewicz, who in turn transferred the power to Sapieha in 1713. During the reign of the latter, there was a significant increase in the number of residents who came to the area from different directions, but the most seems to be from the area of today's Janów, a city founded by the Sapieha, where Teodora Sapieha nee Sołtan was buried in the church [born 1697 d. 12.12.1774].

The wife of Jerzy Stanisław Sapieha - Teodora Sapieha née Sołtan, founded in 1755 a wooden church in Jaminy dedicated to St. Matthew. And probably from that time you can talk about the Jaminy parish.

In 1789 a fire broke out, which probably burned down the first church with all equipment. At that time, parishioners built a straw-covered chapel on the hill with two altars, a pulpit and a baptismal font. King Stanisław August Poniatowski in 1793, for better income, equipped the parish with land and ordered the construction of a new church. At that time, the parish had about 1,000 believers. However, this plan was not implemented and the prepared wood was used to build a church in Suchowola formerly called Sucha Jaćwież. Further plans to expand the parish disrupted subsequent partitions and the fall of Poland. After the first partition of Poland, Jaminy parish became part of the Prussian partition, in which it was until 1807. Then it was part of the Duchy of Warsaw, and after the fall of Napoleon, from 1815 to the Kingdom of Poland under Russian protectorate.

A very valuable source describing the surrounding parishes at the end of the 18th century was the census ordered by the bishop. In 1828, among other parishes, Jaminy parish was one of the poorest parishes of the Augustów deanery, it had only a two-room presbytery covered with straw. Although, after the partition, the Prussian government added land to better pay for it. In 1831, a new presbytery was built with 4 rooms, a kitchen and wooden floors on a stone foundation. There was also a poorhouse called the hospital. In 1871, the area around the cemetery and the church was fenced with a stone wall.

In its history, the village of Jaminy administratively belonged to the Dębowo commune. Currently belongs to the Sztabin commune.

Until 1795, Jaminy parish was subject to the Grodno deanery, Vilnius diocese. From March 16, 1799, it was assigned to the diocese of Wigry, then from 1818 to Augustów, the so-called of the Sejny diocese. In the interwar period, from 1925, it was assigned to the diocese of Łomża. Since 1992, the Jaminy parish has belonged to the Ełk diocese. At various times, some of its towns belonged to neighboring parishes, including Dolistowo. In 1844, priest Wincenty Andruszkiewicz became a parish priest, who demolished the old chapel and built a new church in 1849 with elements of a wooden church from Augustów moved here in 1778. In 1853 there was a main and side altar with the image of the Mother of God which probably came from the demolished church in Augustów. However, the altar dedicated to Saint. Matthew the Apostle was makeshift and was under construction.

In 1873, thanks to Mateusz Polkowski and Karol Witkowski, the church was covered with a new shingle roof. Three new bells were also placed in the right tower. There were three altars, one main and two side altars dedicated to St. Matthew, St. Lawrence and St. Anne. In addition to the historic chapels of the Way of the Cross, there are other monuments in the cemetery, including crosses and fences carved in the Karol Brzostowski smelter, the entrance gate from the 19th century, chapels from 1881. The village also has an old presbytery on a field stone foundation built in 1831 and a presbytery barn from 1860. 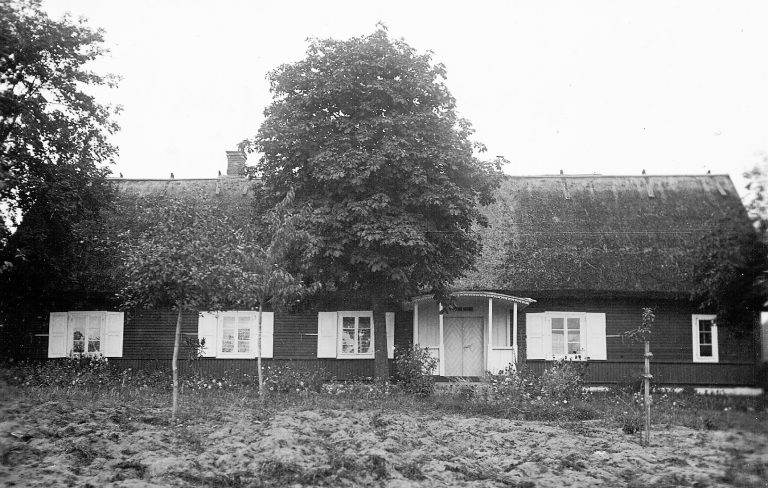 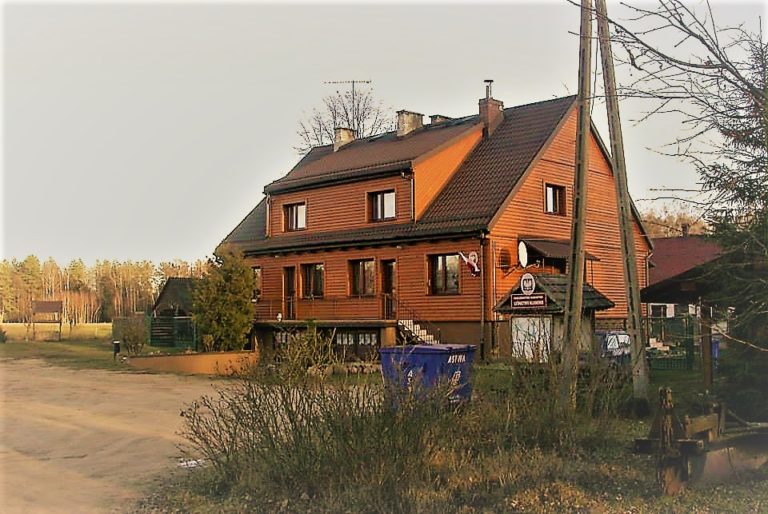 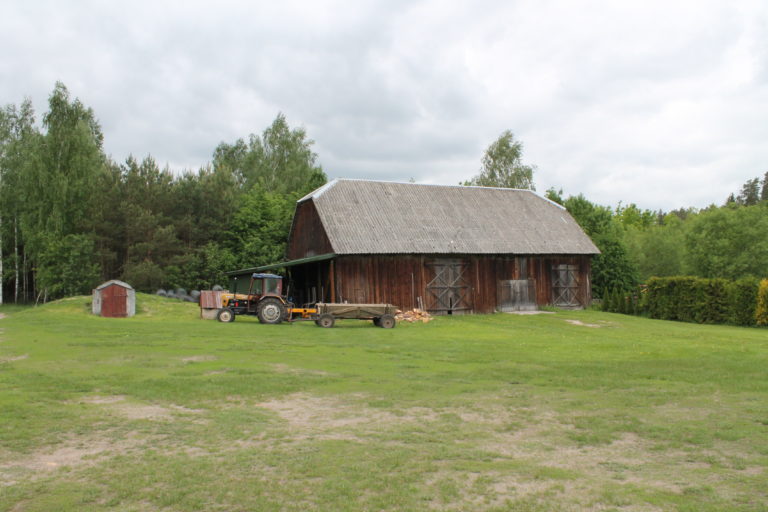 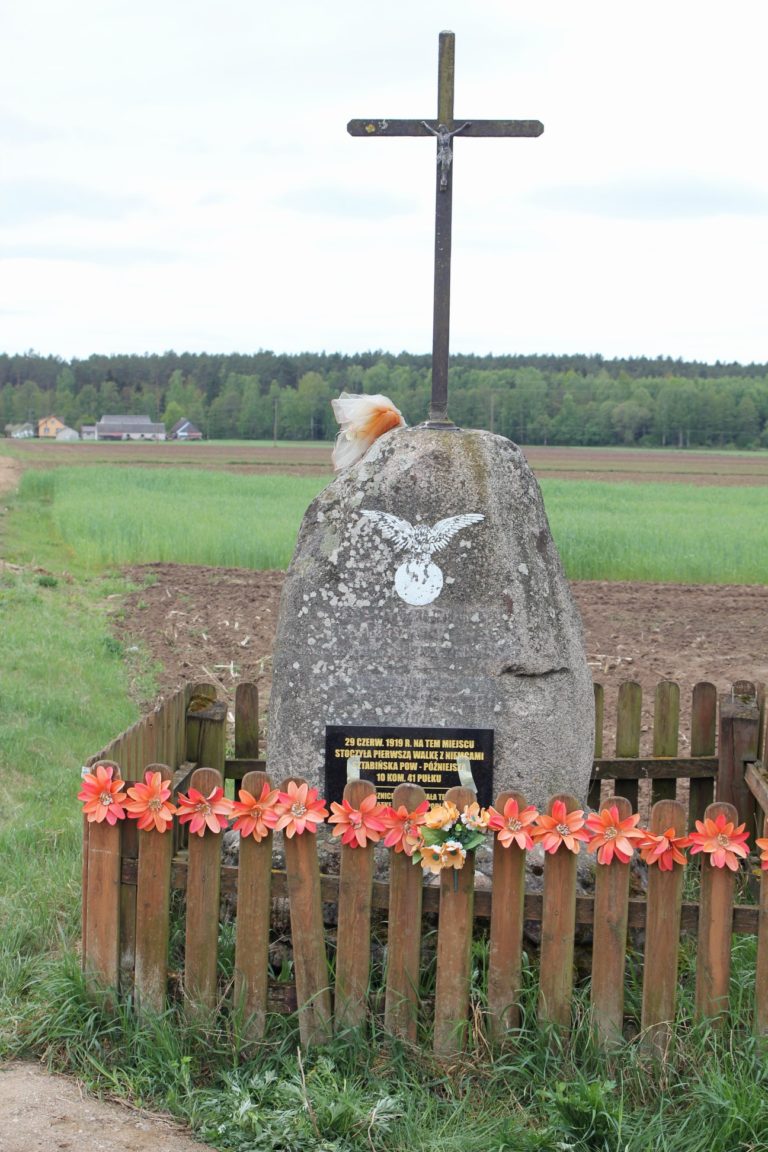 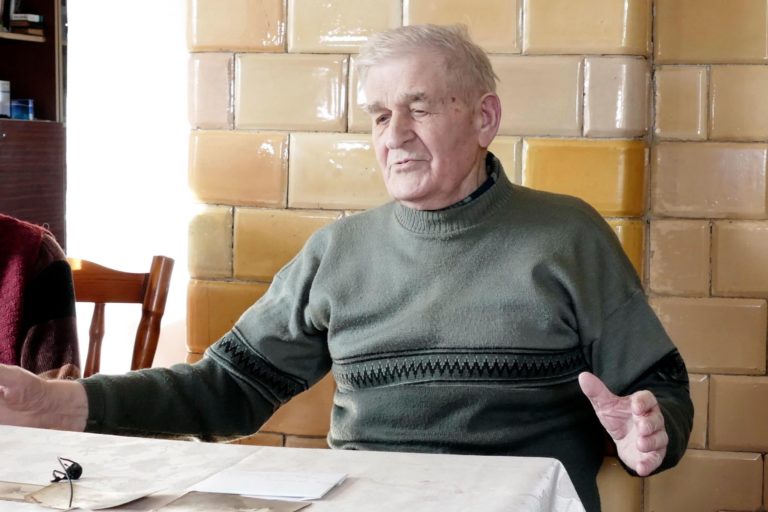 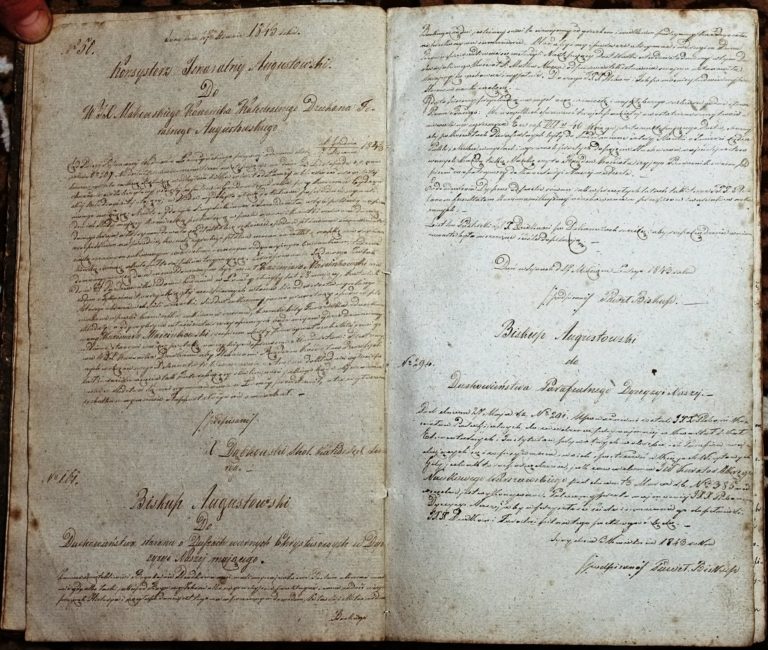 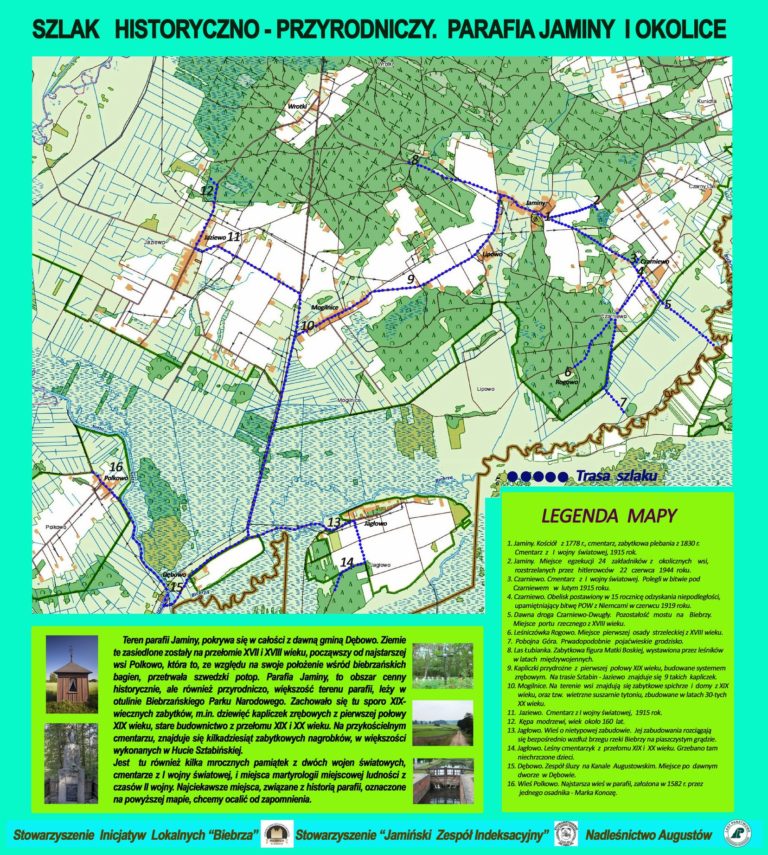 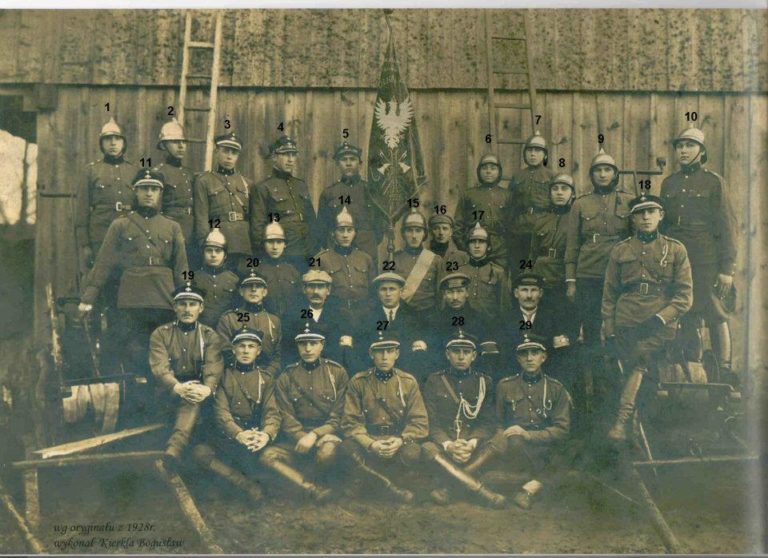 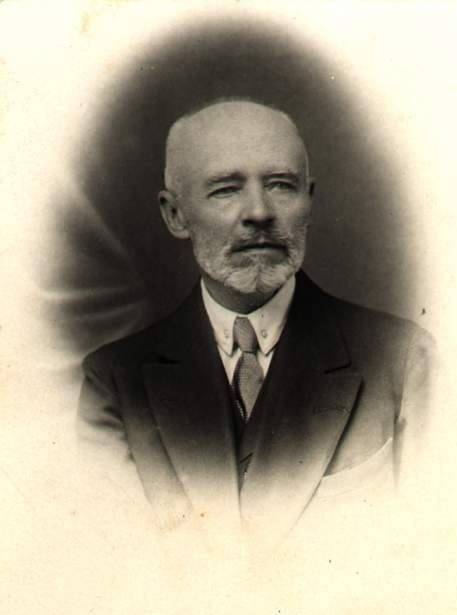 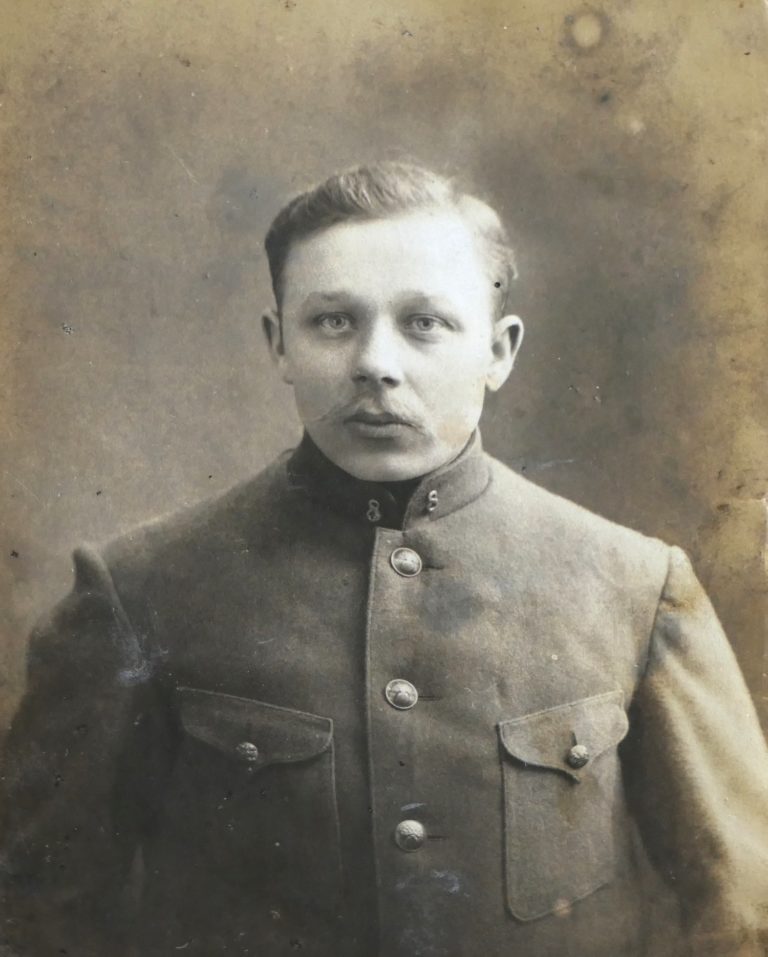 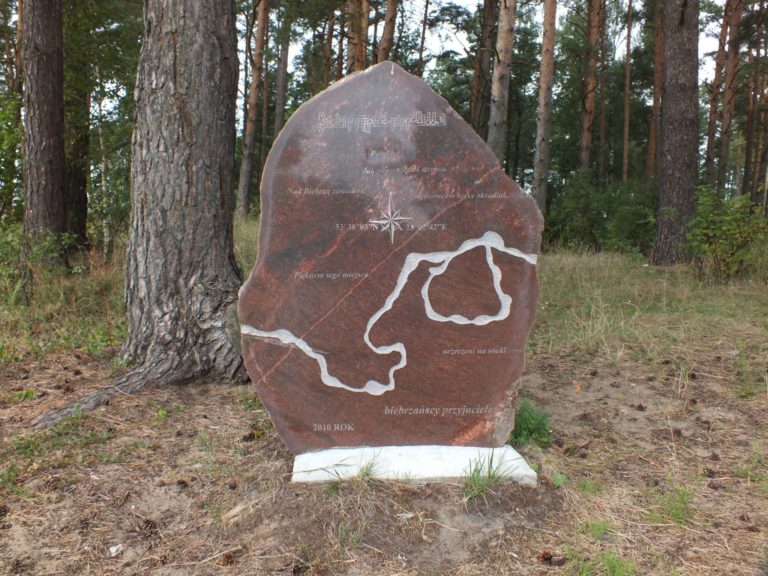 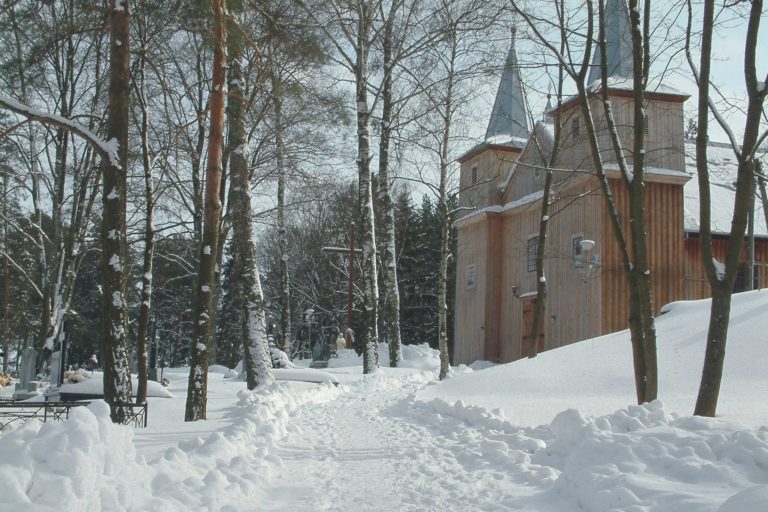 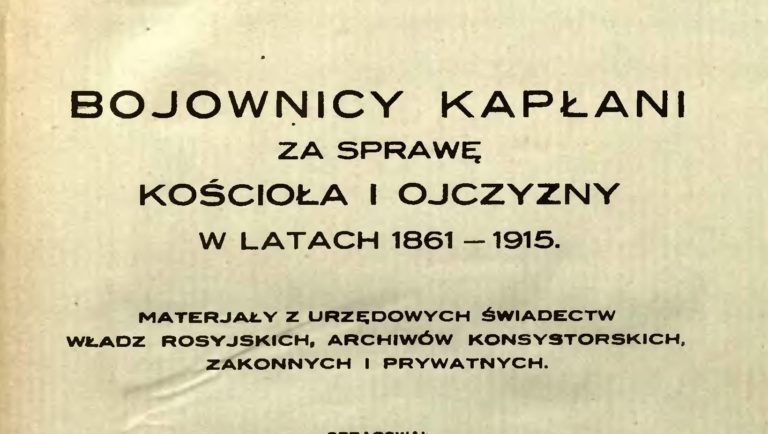