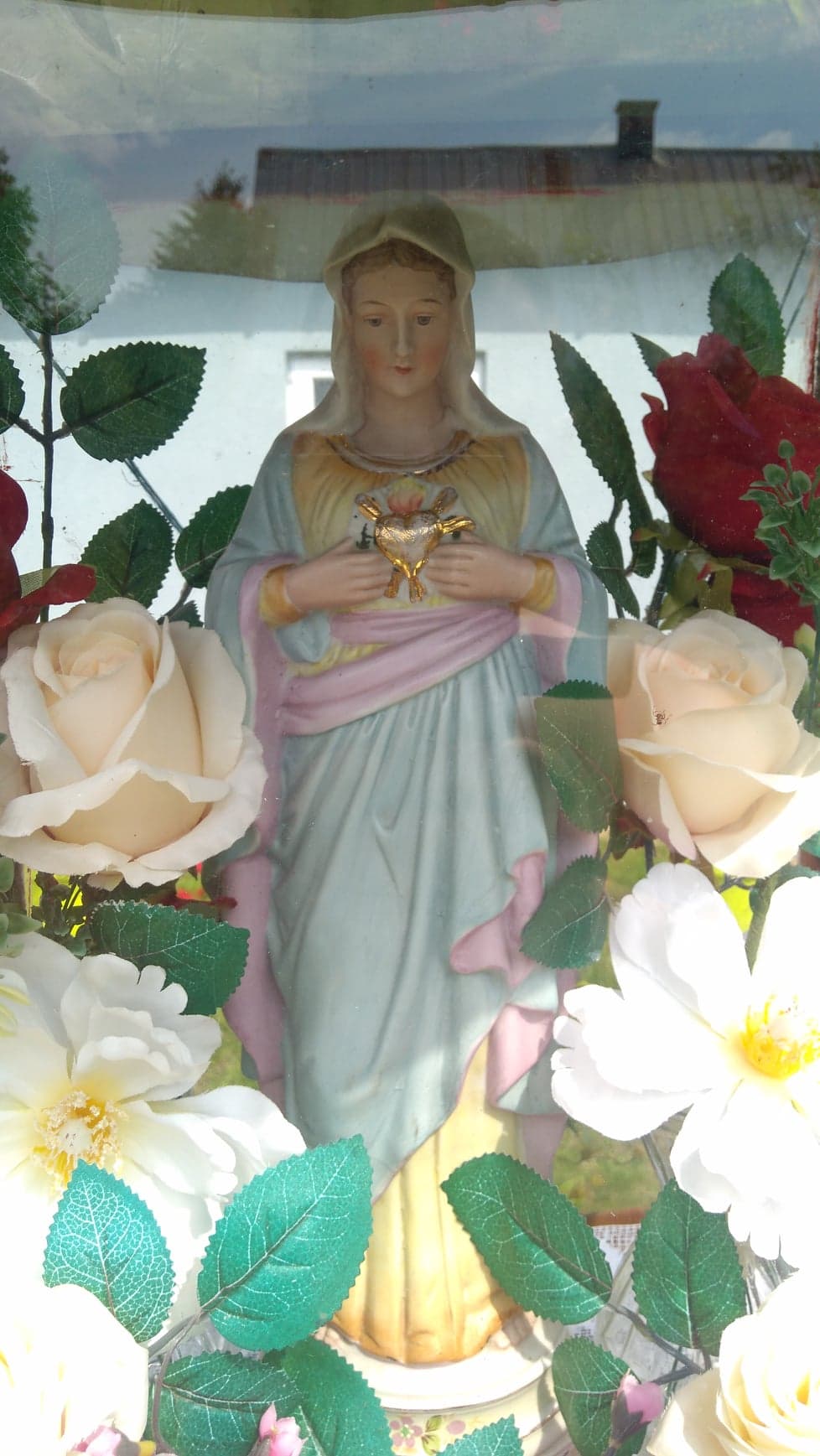 At the end of the 15th century, when settlements appeared in the Nowy Dwór Primeval Forest, crosses and chapels were erected on the edges of the first villages. This tradition has been preserved to this day. A beautiful Biebrza village in the commune of Dąbrowa Białostocka also has several such facilities. You can tell the stories of each of them for hours, but one is particularly unique.

The Mother of God has been in my family for generations, when the name and religion of the inhabitants of the house were different. This is the only figurine in the village. Measuring about 30 cm depicts Mary with flushed cheeks and hands directed towards the breast. They reveal a golden radiating heart located in the center of the torso. The color of the robes is in calm yellow-blue-pink shades. It is in perfect condition, because it has been cared all the times, unfortunately it has no inscriptions and other markings that could indicate the date or the performer of the Mother of God.

In the mid-nineteenth century, my ancestors moved to Kropiwno from the neighboring village of Szuszalewo. It is difficult to say whether they brought the figurine with them or found it on the spot. The oldest news I have about her is the situation of "theft" by Zofia, who got married 30 years earlier and left her family home. Around 1924, after the death of her father and after the lack of consent of her siblings to give back the figurine, she decided to steal it under the cover of the night. A few days passed before the household members noticed that the wooden chapel was empty. They decided to go to the home of the eldest sister and pick up the Mother of God, which shows that she was priceless for them. I conclude that Mary must have been known for her miraculous powers long before 1924.

In July 1944, when the war front was passing through, the entire village and its buildings burned down, and the only surviving house was the one that the Mother of God guarded in her linden chapel. The news of the miracle spread quickly around the area. The house was inhabited only by Orthodox believers, which surprised the general public, with time my ancestors received proposals to give or sell the figurine to Catholics who would "adore" it accordingly. No resident of the house agreed, and to this day there is no daredevil who would steal her again. About fifty years after the war, Mary made herself known again. In my grandmother's dreams Mary ordered her to quickly move the figurine from the shrine to the house - so it happened. After a few days, the old linden building collapsed. 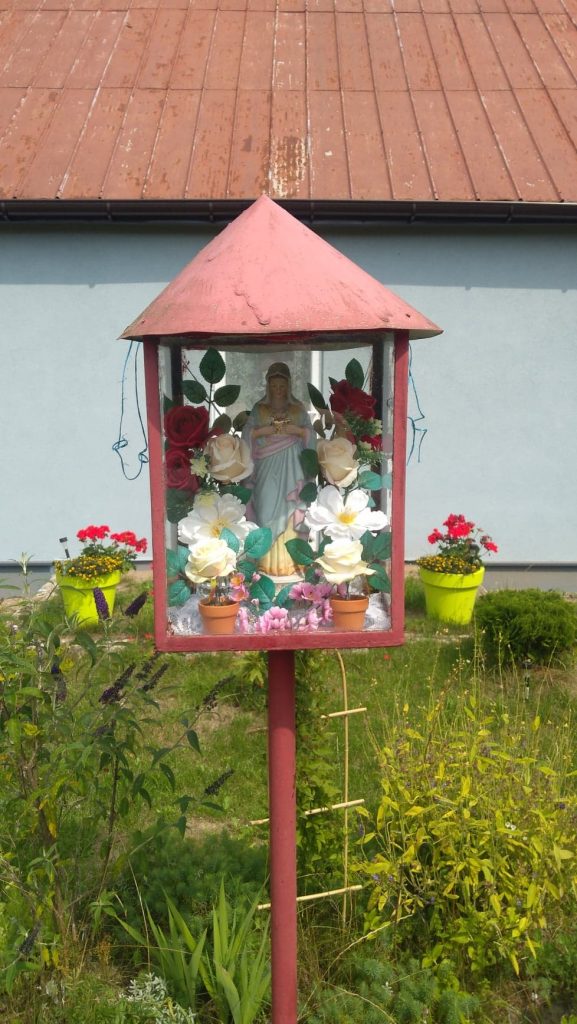 Currently, after a few years at home, the Mother of God has her new glazed chapel, solid of steel. Believe it or not, it still protects this house from evil.

I am asking readers for help. The only thing I could determine was that the figurine could appear in the list of crosses and chapels from 1913 for the Dąbrowa parish (then Dąbrowa Grodzieńska near Grodno) available in the Vilnius archives. Certainly her photo is in such a list from the '70s in the Archdiocesan Archives in Bialystok, but there is no description what I saw personally. Maybe some of you can say how and where the poor and mostly illiterate people in the nineteenth / twentieth century acquired such devotional articles? Maybe with your help I will add something more about my family souvenir, the oldest thing in the family. 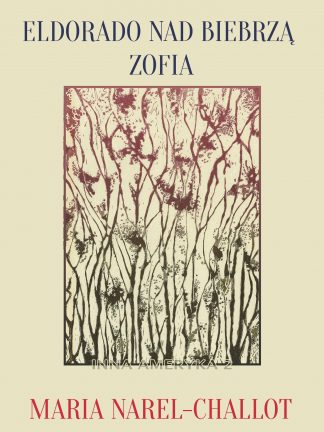 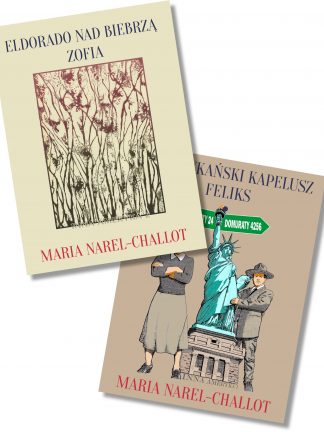